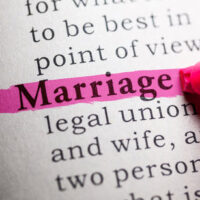 Marriage can be complicated enough under normal circumstances. But what about when two people live together for a significant period of time and hold themselves out as spouses, despite never formalizing it through a ceremony or license? For a long time, Georgia (and many other states) recognized “common law marriage,” which is a legal marriage that takes effect without a license or ceremony, where two people capable of marrying each other live together as spouses, intend to be married, and hold themselves out to others as a married couple. However, over time, most states, including Georgia, have passed laws prohibiting new common law marriages.

Of course, these issues can be complicated and proving the existence of a common law marriage requires a case by case analysis. This is especially true if one party is seeking a divorce and a division of asset, alimony, child support, or other issues that frequently come up in the context of divorce. The party seeking the divorce will first have to prove the existence of the valid marriage to be able to proceed with a divorce action, which can be a more difficult process when there was no ceremony or license issued to evidence the creation of the marriage.

If you have questions about a common law marriage or are unsure what your rights are with respect to your significant other, the attorneys at Buckhead Family Law are here to help. Schedule a consultation today by calling 470-600-6699.