Is Alimony Possible In My Georgia Divorce? 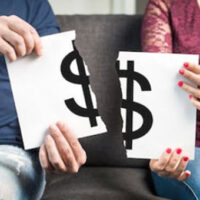 Historically, when two people got divorced, it was common or even customary for one spouse (usually the wife) to receive alimony from the other. However, there are numerous societal evolutions that have started to make that far less normal than it once was. If you are about to file for divorce, it is important that you be aware of the possibility that you may not be awarded alimony at all.

The Past vs. Now

Alimony is money paid to one spouse by the other, in situations where one has financial need and the other has the ability to pay. Alimony for divorcing wives was the norm for many years, mostly because almost every marriage was in the traditional mold where the husband would work and the wife would remain at home with any children – thus, if divorce happened, it would often leave the wife with no means of support, as many wives never entered the workforce until they had no other option. As society changed, with many more women entering the workforce, the need for alimony became less and less.

Nowadays, alimony is considered “authorized, but not required” in divorce cases in Georgia, and when it is granted, it is much more likely to be short-term, in a variety of different situations. Permanent alimony is increasingly reserved for rare cases that often involve either a spouse in very poor health – and thus, unable to work – or for those who are elderly. If someone can demonstrate a need for alimony, judges will more often award it as a temporary help (either in a lump sum or in short-term payments), or as what is called rehabilitative alimony, which is designed to help keep a divorce spouse afloat while they acquire credentials in order to return to the workforce.

If you or your spouse intend to ask for a grant of alimony during your divorce, the court will consider a host of different factors to determine both that one spouse has a need, and that the other spouse can be ordered to pay it without putting themselves in financial jeopardy. Some of the factors that the court is permitted to consider include:

Keep in mind that unlike in most other states, Georgia law does allow the court to consider the behavior pattern of both spouses in determining whether alimony is appropriate. If one spouse abandoned the other, or committed adultery, they are not eligible to receive alimony even if they might otherwise have received it – the rationale is that they have effectively forfeited that benefit by their actions, if those actions can be proved to the court’s satisfaction.

Alimony is a topic over which divorces can stall in their tracks, so if you suspect that there might be issues on that score during your proceedings, calling an Atlanta family lawyer is a crucial step for you to take. The experienced divorce attorneys at Buckhead Family Law are happy to work with you. Contact us today to speak to an attorney.