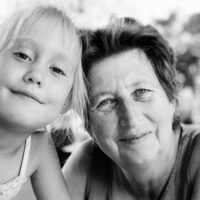 The old saying is that it takes a village to raise a child, and very often, aunts, uncles, and grandparents will help parents to do just that.   Georgia law recognizes that it is extremely important for children to not only have a relationship with both parents, but for the children to also maintain a relationship with their grandparents as well.  O. Due to this recognition, Georgia law allows grandparents to seek and establish a legally enforceable visitation arrangement with their grandchild or grandchildren in certain circumstances, as set forth in O.C.G.A. § 19-7-3.

Parents Must Have “Severed Relationship”

Generally, grandparents are not permitted to seek visitation if the child’s parents are still married or together. Georgia public policy tries to encourage parents and grandparents, as well as other equitable caregivers, to remain in a child’s life if they have “shown the ability to act in the best interests of the child,” and encourages parents to try and share the burden of child-rearing with those who will help once their relationship has ended. However, the state also prioritizes a parent’s right to the ‘care, custody and control’ of their children – which is a constitutional right.

If the parents’ relationship is ‘severed,’ such as by divorce, or if one or both parents are deceased, incapacitated or incarcerated, a grandparent has the right to file a petition seeking custody or visitation of their grandchild or grandchildren. It is important to be aware that this petition is filed against the parent – that is, the parent has the right, and will be given the opportunity, to object to the petition. The grandparents must be able to show among other factors that visitation would be in the child’s best interests, and in turn must rebut the presumption that the parents having sole custody would be in the child’s best interests.

Formerly, grandparents faced an extremely high burden of proof when petitioning for custody or visitation with their grandchildren. They had to show that the health or welfare of the child would be damaged if the visitation was not granted – and thus, by implication, that the visitation would be in the child’s best interest. However, a new law that took effect on July 1, referred to as the Equitable Caregivers Act, gives grandparents a potential tool they can use to assert rights when it comes to their grandchildren.

The new law states that any caregiver, even one not biologically related, can petition for custody rights if they can show that they have “fully undertaken a permanent, unequivocal, committed, and responsible” role in the child’s life, and generally accepted full responsibility as a parental figure for the child. The court will still investigate those disclosures; such petitions are not simply granted. But it definitely establishes that a person who has played a formative role in a child’s life does not have to be unceremoniously removed from that role solely because of biology.

Grandparent cases are notoriously complex, because each one is different, highly fact specific and subjective. In these tough cases, having an Atlanta family lawyer on your side can be an enormous help. The dedicated Atlanta child custody attorneys at Buckhead Family Law have handled many of these cases, and will provide compassionate and knowledgeable representation for yours. Contact our office today to speak to an attorney.