What Is Separate Property In Georgia (And How Can I Protect It In A Divorce)? 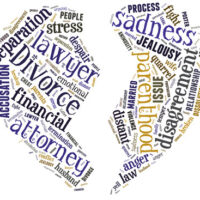 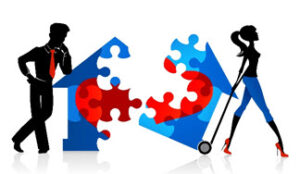 Separate property also includes things that were received as gifts, property brought into the marriage, and inheritance. Now, the law is a bit vaguer when it comes to a property that was gathered during the marriage but is still considered to be separate property in Georgia. In Georgia, property isn’t so easily defined as joint. There are many cases where something was gathered during the marriage, but it was still considered separate. This includes the items listed above as well as a few others – for a complete list of eligible separate property considerations, you should consult with an experienced divorce lawyer.

One of the more complex areas of law includes premarital properties that have been brought into a marriage and then appreciate in value. Those are considered to be separate properties as well, and the spouse who did not bring them into the marriage has no claim over them.

When Does Separate Property Get Confusing? 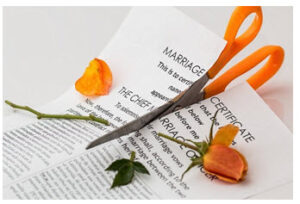 A spouse needs to keep his or her property separate throughout the marriage for it to remain separate during a divorce. For example, if a husband brings a rental property into the marriage and the couple puts a significant amount of time and marital money into renovating the property, at least some portion of that property may no longer be considered separate property. Similarly, if a wife comes into a marriage with a money market account valued at $50,000, but she then adds her husband’s name to the account and deposits marital funds and uses money from that account for marital purchases, she may be required to split some of that money upon divorce. Another example would be if that same woman inherited money from her mother and wanted to keep that stock as her own. To try to keep this property separate, it would be helpful to open up her own account, keep that account separate, not co-mingle those funds with other money, and not use that account for anything that she owns with her partner. Here are some more tips for clean record keeping.

Again, keeping separate property separate during a divorce is a complex undertaking and fact specific to your matter. It usually requires consulting with a financial advisor before taking any monetary action and seeking the legal guidance of an experienced divorce attorney to ensure you are protecting both yourself and your money.  If you have significant separate property at the time of your marriage, you may also want to consider a prenuptial agreement to help define your separate property and mitigate the risk of division of those assets in the event of a divorce.

It’s important to note that in a divorce, every situation is up for interpretation – the judge or jury may look at the details of the situation and determine that property is separate (or not). Because of this subjectivity, it is best to have all facts thoroughly documented as clearly as possible before going before the judge.

While determining separate property in Georgia can be tricky, it doesn’t have to morph into the nightmare that you often hear about. Luckily, you don’t have to fight this battle alone. At Buckhead Family Law, our experienced legal team can help you build a strong martial asset division case that works best for you and your family. The lawyers at Buckhead Family Law are here to assist you and help this be a positive turning point for your family. Schedule a consultation by calling at 404-600-1403.