How Long Does It Take To Get A Divorce In Georgia? 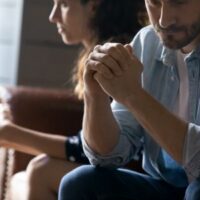 Divorce can be an incredibly stressful and difficult process, and uncertainty with how long it can take can add to that stress. But divorce is a legal procedure that must adhere to certain statutory and court enforced rules on timing. Those rules provide some structure to the process, as well as a general timeline for how long that process can take. An uncontested divorce in Buckhead, GA can be done in as little as 31 days from the date of filing, but contested cases generally take many months (and sometimes years, though this is less common). While every divorce and case is different, the following steps should provide you with a general idea of how the process plays out and how long it can take, depending on the complexity of your situation.

Of course, if the parties are able to reach an agreement on all issues in the case, then the case can typically be resolved much sooner than at a trial. Whether your case gets wrapped up quickly or runs the full course of litigation depends on the complexities of the case and the willingness of both parties to reach an agreement on all issues. Because this process can be lengthy and requires a comprehensive and consistent strategy to get you to a resolution, it is critical to have legal representation that you trust. If you are considering filing for divorce or have been served with a divorce petition, the attorneys at Buckhead Family Law are here to guide you through this process and forward to the next step of your life. Schedule your consultation today by calling us at 470-600-6699.