Leaving Your Spouse Before Divorce: How to Avoid Desertion of Marriage Accusations in Georgia? 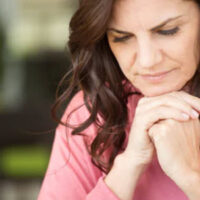 If you are planning to leave your spouse prior to filing for divorce in Georgia, you may be concerned about the potential implications of “desertion of marriage.” In fact, some Georgians choose to remain in the marital home even after initiating divorce out of fear of losing their interest in the property or because they want to avoid desertion of marriage accusations.

Desertion of Marriage as Grounds for Divorce in Georgia

In Georgia, desertion of marriage is a fault-based ground for divorce pursuant to O.C.G.A. 19-5-3. Generally, merely leaving your spouse before the divorce filing – or after the filing, for that matter – will not affect your interest in the house. In fact, merely leaving your marital home before your divorce does not necessarily qualify as the desertion of marriage, which is also known as “abandonment” in Georgia.

The deserted spouse must establish a number of elements to prove that their spouse actually abandoned them. In short, a spouse can be guilty of desertion when one spouse leaves the marital home without the consent of the other spouse. To qualify as desertion, the deserting spouse must be absent from the home for at least a year (12 months).

In order to prove desertion, the deserted spouse must demonstrate the following evidence:

Proving Desertion of Marriage in Georgia

The leaving spouse’s intent to desert the other spouse can be proven by demonstrating correspondence between the parties (texts, social media messages, emails, etc.). If spouses agreed that one of them must relocate to another city, state, or country for business or marital reasons, this would not be considered desertion.

However, if you left the marital home a year prior to the divorce filing and your spouse can prove that your leaving qualifies as the desertion of marriage, this could affect the equitable division of property in your divorce.

Thus, the leaving spouse needs to continue contributing to the upkeep of the marital home even after leaving in order to retain a claim to the property. When a spouse leaves and is still paying all or a portion of the household bills, the “deserted” spouse will have a hard time proving the desertion of marriage.

If your spouse left the marital home but continues contributing to the upkeep of the house, you may want to speak with an Atlanta family law attorney if you believe that your spouse’s decision qualifies as desertion. It may be worth it to obtain a divorce on desertion grounds rather than “irreconcilable differences” grounds to prevent the other spouse from requesting alimony.

Contact our Atlanta divorce lawyers at Buckhead Family Law regardless of whether you are the leaving or deserted spouse. Our lawyers will answer your questions about the desertion of marriage in Georgia. Get a consultation by calling at 404-600-1403.