Paternity vs. Legitimation In Georgia 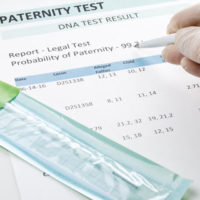 Most of the time, if one files a paternity suit, they are looking to establish that a certain man is the legal father of a child. Georgia law differs in that paternity and legitimation are considered separate proceedings, and one is not necessarily integral to the other. If you have a child out of wedlock, it may be necessary to go through both, in order for your child to receive the full legal benefits of having two parents.

A paternity proceeding in Georgia will occur when there is dispute as to who the child’s biological father is. Unlike in many other states, being determined to be a child’s biological father in Georgia does not grant all the requisite legal rights; it merely gets a man to the point where he may go through the appropriate legal proceedings to obtain them. It can be started in Superior Court or in State Court by any number of people – the child, the mother, and the alleged father are the most common movants, but in some circumstances the child’s current guardian (such as an aunt or uncle) or the state’s Department of Human Resources may begin the action.

It is important to understand that the mother, if she does not initiate the suit, must be a party to it (or if she lives out of state, must at least be given notice of it) or the suit will fail, because such a suit directly affects her and her rights to her child. Paternity will be assessed via blood test, though testimony may also be taken depending on the situation. Upon result, the child’s biological father will be determined, though this is only the first part of the battle for many fathers.

Merely being the biological father of a child is not enough to grant certain legal rights such as the ability of your child to inherit from you or the right to petition for custody or visitation. In Georgia, only legitimation grants those rights. However, many people, especially those newly moved to Georgia from other states, are unaware of this, and do not take that critical next step to protect their legal relationship with their child. When paternity is established, the next step is to bring an action in the appropriate court for custody or visitation.

It is important to keep in mind that while previously one could administratively file a form to legitimate in the same manner as one can complete a voluntary acknowledgment of paternity, the section of the Georgia Code permitting this has been repealed. This means that in order to be declared the legal father of one’s child, a petition for legitimation must be filed in the appropriate court and a court order received. This can be a rude awakening for those who come from a state where biological fatherhood is enough to establish the right to a relationship.

When you have children, the most important thing for you and them both is to ensure that your relationship is on solid footing. To seek help with paternity or legitimation questions, calling on an experienced family lawyer is highly suggested. The Atlanta paternity lawyers at Buckhead Family Law will work with you to ensure that the most appropriate outcome is within reach. To schedule an appointment, call our office today at 404-600-1403.