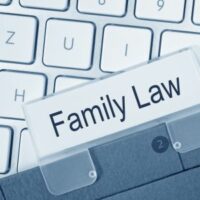 Georgia’s Equitable Caregiver Act, which went into effect in just July 2019, allows trial courts to grant the status of equitable caregiver to groups of non-biologically related adults who may have previously had no parental rights but have played a fundamental, parent-like role in a child’s life. Now, three years later, Georgia’s courts have begun applying the Equitable Caregiver Act, granting custodial status to non-parents in certain circumstances, such as same-sex couples and step-parents. Inevitably, this has led to challenges to those rulings in Georgia’s appellate courts, and two recent decisions from Georgia’s Court of Appeals and Supreme Court, respectively, shed light on how Georgia courts are applying the Equitable Caregiver Act.

First, in Skinner v. Miles, the trial court granted and the Court of Appeals affirmed equitable caregiver status to a former same-sex partner to the mother of to children raised during the parties’ relationship. Skinner v. Miles, 361 Ga. App. 764, 863 S.E.2d 578 (2021). In that case, Miles demonstrated that while she was in a romantic relationship with Skinner, Skinner adopted one child and gave birth to another. The children shared middle and/or surnames with the parties, Miles provided financial support for them, resided with them, and regularly cared for the children. The children called Miles “Momma.” The family went on vacations, celebrated holidays, and presented themselves as a family together. After the parties separated, the children resided with Skinner, but Miles continued to visit them, often staying at Skinner’s house. The parties even signed a visitation agreement.

After Georgia passed the Equitable Caregiver Act, Miles filed an action seeking designation as an equitable caregiver and for a determination of custody rights. Following a trial, the trial court ruled in Miles’ favor, finding that she had “established a strong bond with the minor children and that she had an ongoing relationship” with each of them since adoption and birth. Skinner appealed, and the Court of Appeals affirmed the trial court’s decision. The Court of Appeals held that there was sufficient evidence that Miles had been in a permanent, unequivocal, committed, and responsible parental role to the children; engaged in consistent caretaking of the children; established a bonded and dependent relationship with the children; accepted full and permanent responsibilities as a parent with expectation of financial compensation; and demonstrated that the children would suffer physical harm or long-term emotional harm with her in their lives and that continuing the relationship was in the best interests of the children. Under these circumstances, Miles had met her burden in demonstrating she met the requirements to be designated an equitable caregiver of the children, entitled to custodial rights.

Next, in McAlister v. Clifton, Georgia’s Supreme Court wrestled with the constitutionality of the Equitable Caregiver Act and its application where the child at issue had already turned 18 years old. McAlister v. Clifton, No. S22A0144, 2022 WL 1143442 (Ga. Apr. 19, 2022). There, the trial court granted Clifton’s request for caregiver status and visitation to her former domestic partner’s adopted daughter. McAlister appealed, arguing that the statute is unconstitutional, and that Clifton did not meet the requirements to request caregiver status and visitation. Because the appeal included a constitutional challenge, the case went directly to Georgia’s Supreme Court.

On appeal, the Georgia Supreme Court determined that because the child was 18 at the time of the appeal, McAlister’s challenge to the visitation award was now moot, as visitation rights end when a child turns 18. Based on this finding, the Supreme Court vacated the trial court’s findings that the statute was constitutional, and its findings on visitation, and remanded the case to the trial court to dismiss the action in its entirety. In an attempt to have the law held unconstitutional by the Supreme Court, McAlister argued that the appeal was not moot because Clifton’s “status” as an equitable caregiver continued beyond the child’s 18th birthday, presenting a question as to McAlister’s parental rights. But the Supreme Court rejected that argument, finding that because Clifton had only been awarded visitation, not custody, there were no custodial rights at stake once visitation ended upon the child’s 18th birthday. Accordingly, the constitutional challenge was moot because there was no longer an actionable, underlying case.

Together, these two cases are instructive. Skinner shows what facts and circumstances can give rise to an award of caregiver status under the statute, including custodial rights. On the other hand, McAlister demonstrates that without an explicit award of custody, visitation rights awarded under the statute expire when the child turns 18 and confer no further parental rights. In other words, the explicit award from the trial court can make a significant difference in the rights potentially conferred by the statute. And McAlister also shows that the word is not yet final on the statute’s constitutionality, as the Supreme Court never analyzed the trial court’s finding of constitutionality in that case.

At Buckhead Family Law, we expect future cases will further illuminate these issues as the Equitable Caregiver Act jurisprudence continues to develop. If you have questions about the Equitable Caregiver Act or need assistance in bringing or defending a claim raised under this act, our experienced attorneys are ready, willing, and able to assist you in navigating this developing area of law. Schedule a consultation today by calling 470-600-6699.