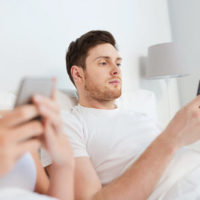 During a Georgia divorce, it is very human to want to let off steam. However, doing so on social media can be a very real mistake – in recent years, social media evidence has begun to be used in more and more divorce cases to affect issues like child custody, alimony and asset division. While in theory, the best idea is to avoid social media entirely during your divorce, if that is not possible, knowing what types of behavior to avoid is the next best thing.

While social networks are, in theory, for sharing parts of our lives, the impulse to overshare can be very harmful in court. Social media evidence is generally admissible in Georgia, though “fishing expeditions” are not permitted – in other words, the request must be specific and limited, instead of simply asking for copies of every post an account has ever made. Still, this standard allows a spouse to obtain evidence that, for example, their soon-to-be ex-spouse has been untruthful or has concealed items from the court. A spouse claiming to be unemployed and thus unable to pay child support may be branded a liar if it can be shown they recently added a new employer to their Facebook page.

A good way to limit oversharing without actively lying or misdirecting the other side is to ensure your page is set to private, unreadable by the general public. While this does not stop your posts from being read by those you have granted access to, it does stop, say, your spouse’s attorney from randomly surfing over to your Twitter feed and reading what you have to say about your spouse’s parenting abilities. It can be tempting to vent, but the general rule is to never say anything on social media that you might not want read aloud in court – there is somehow always a way for the truth to out.

Don’t Date – Or At Least Don’t Show It

If you are going through child custody proceedings, it is also a good idea to refrain from dating, even if you feel emotionally ready to move on after your divorce. While in theory there is nothing wrong with dating, a Georgia court may see it as evidence that you would place yourself before the best interests of your children, and in a custody hearing, that can make a difference. The public policy of the state of Georgia is to always act in the best interests of the child, and generally, that means being more favorably disposed to parents who will act first to ensure their child’s physical and emotional safety, rather than their own. Too many photos of a new significant other can make a parent look too self-interested, or at the very least, uninterested in their children’s best interests.

It is also possible in extreme situations that dating might lead to you being labeled an unfit parent. Placing a child in danger, failing to provide ‘the necessaries’ for the child or abandoning them, or treating them “cruelly” are all grounds for parental power being lost, and if a significant other of yours engages in any of these, it is very common for the parent to be seen as culpable because in many situations, the significant other acts with the parent’s consent. While this is unusual, it does happen, and a court will not look upon reckless or dangerous behavior kindly.

Social media evidence can be a powerful tool, but it can also be used against you. If you are concerned about the possible outcome of your divorce proceedings, it is a good idea to contact a knowledgeable Atlanta divorce lawyer today. The divorce attorneys at Buckhead Family Law are well versed in this type of law and are happy to try and help answer any questions you may have. Call us at 404-600-1403 today to schedule a consultation.