What Are Legal Custody And Final Decision-Making Authority In A Parenting Plan? 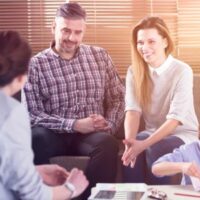 Georgia law recognizes two forms of custody: physical and legal. Physical custody governs which parent has the right to physically have the children with them at any given time. Legal custody, on the other hand, governs each parent’s access to information about the children and how major decisions affecting the children are made. This post focuses on legal custody and the elements of decision-making that are present in Georgia Parenting Plans.

Legal custody is awarded by the Court during child custody proceedings. Legal custody can be “sole”—meaning only one parent has rights and responsibilities regarding information about the child and major decisions concerning the child; or “joint”—meaning both parents have access to information and are involved in the decision-making process. See O.C.G.A. § 19-9-6. Joint legal custody is awarded to both parents in a vast majority of custody cases in Georgia.

Relatedly, in joint legal custody situations, both parents have a right to be involved in major decisions affecting the children. Specifically, according to Georgia law, those major decisions pertain to the areas of education, non-emergency medical issues, extracurricular activities, and religious upbringing. Georgia parenting plans  will typically require that both parents consult and confer with each other in good faith regarding any major decision under these categories before making such a decision. The parties are expected to attempt to reach a mutual decision in the best interests of the child. However, in the event that they cannot reach a mutual decision, Georgia parenting plans will provide one of the two parents with final decision-making authority in each of these four areas.

If you have questions about how legal custody or final decision-making authority operate in Georgia, do not hesitate to contact the attorneys at Buckhead Family Law. We fully appreciate the significance that these issues play in the lives of your children, and we are ready to help you navigate these issues when disagreements arise between parents. Schedule a consultation today by calling at 470-600-6699.