When 50/50 Custody Works And Doesn’t Work 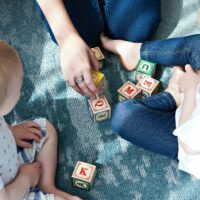 Custody arrangements for the kids are one of the most contentious parts of any divorce. If you’re going through a high-asset divorce, then, on top of dividing the marital finances, you also need to make sure that both parents share time with the children in a manner that works best for everyone involved.

Although shared custody can consist of anything from one parent having sole custody and several other options in between, splitting time with the kids 50/50 is one common option. At Buckhead Family Law, we know there are some pros and cons of this type of arrangement.

Also known as joint physical custody, splitting time with the kids 50/50 can be done in a number of ways. For example, one parent may have the children for one full week, while the other parent has them the next week. The setup can also be on a two-week basis (each parent has the children with them for two whole weeks before switching) or whatever else works best.

Why would parents going through a complex financial divorce choose this type of custody? Here are some of the ways in which it works well: 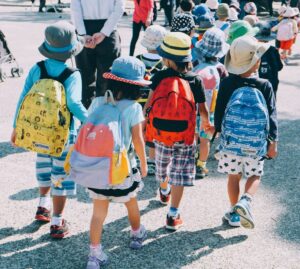 Photo by note thanun on Unsplash

Of course, sometimes 50/50 or joint custody isn’t the best option. There are a number of circumstances in which this type of custody sharing doesn’t quite work out. Looking for some examples? Here are some of the reasons why joint physical custody may not be best for your children.

The Parents Might Live Far Away From Each Other – If one parent has settled in a city, while the other chooses to live in a country setting, around an hour or more apart from the other, then 50/50 custody simply doesn’t work. The travel times are too much, and the kids simply cannot commute that far on a regular basis for school and their extracurricular activities.

Looking For a Top-Rated Divorce Lawyer in Georgia?

Trying to determine the best type of custody for your children? Want to work things out smoothly with your soon-to-be former spouse as a part of your complex financial divorce?  Finding a divorce lawyer in Georgie who can help you reach an agreement that makes everyone happy, while keeping the children’s best interest in mind is your best option.

At Buckhead Family Law, our legal team works diligently to meet the needs of clients getting divorced in today’s tech driven world – this means taking everything online into consideration. One thing that hasn’t changed about divorce? It is still one of the most harrowing experiences someone can go through, and we understand that. That is why we always treat our clients with grace and compassion.

Need help? We are here to assist you as you begin the next chapter of your life while ensuring that all of the loose ends are tied up in the least complicated way. Schedule a consultation today by calling at 404-600-1403.

Photo by Marisa Howenstine on Unsplash